You are here: Home / How to / How to Install/Use Stremio on Firestick & Android Box

Need a little guidance to get you started with Stremio on your Firestick and Android Box? Then you’ve come to the right place! In this guide, I’ll show you how to install it using the sideload method.

But hold on! Before we move on with the installation guides, let’s first get started with a little introduction? The best approach to download, install or use any app/software, is to first understand what it’s all about. The extra information doesn’t hurt!

Streaming is the number one source of entertainment lately, well, has been around for a long while. There are many new services like that of Netflix, Disney Plus, and Amazon Prime etc. At the same time, there are also streaming service like Kodi and Stremio that allow you to access all the latest apps on board.

Stremio is by far one of the best right now. It allows you to watch all the latest and old movies, TV shows, Kids TV, and much more on its platform. You’ll even have the freedom to install various add-ons on the service itself.

Where the installation process of Stremio comes into all of this, is that the app for it is readily available on certain platforms like Google Play. Even though you’re allowed to download it directly onto certain mobile devices, TVs, desktops etc. it’s download cannot be processed directly on Firestick and Android Box.

You’ll have to use the Sideload method for it. By installing the add-on, on your Firestick and Android Box, you’ll immediately gain access to it on any other device you use this service on.

Now that we’re a little caught up, let’s begin with the simple tutorials.

How to install Stremio on Firestick

Stremio isn’t the only app that’s not available on the Amazon Store. There are many like it that have to be sideloaded on your Firestick/Fire TV device.  You’ll proceed by manually installing the app, configuring its settings to get started. For those of you who’re new to this, don’t panic! It’s much easier than you think!

Before you get the app on your device, you’ll first have to toggle with the settings by enabling the “Apps from Unknown Sources”. You start by: 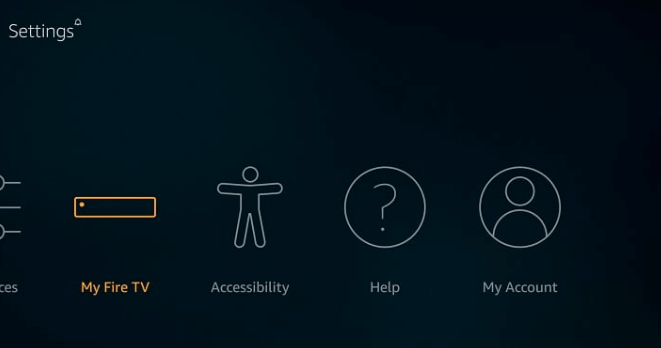 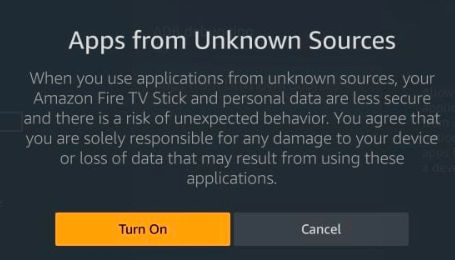 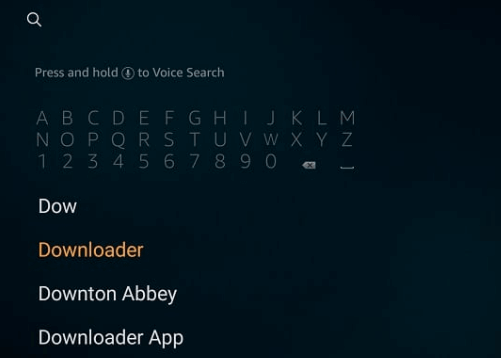 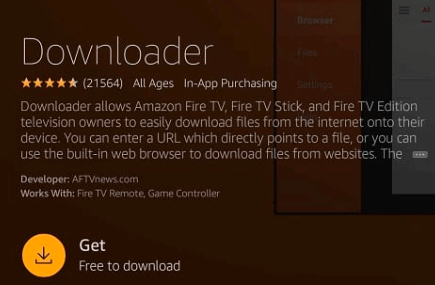 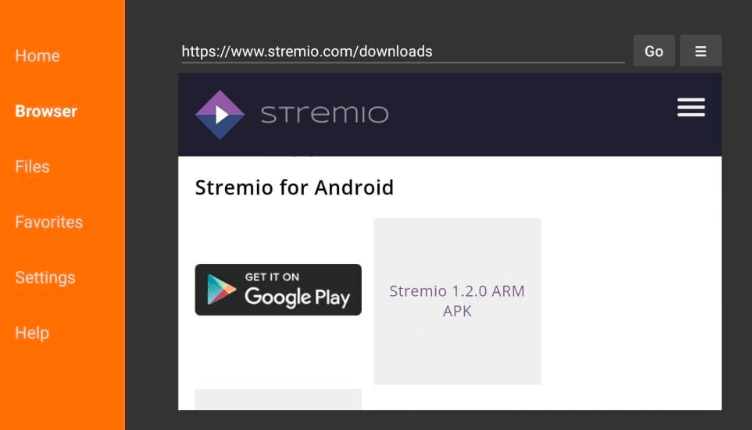 Is there a particular way to use Stremio on your Firestick?

Now that you have your Stremio APK app installed on your Fire device, it’s time to use it to the max. By that, I mean getting your hand on all the latest movies and TV shows.

However, before proceeding, there are certain streaming services like Amazon Prime and Netflix that are only allowed in particular parts of the world, particularly the US. So, getting the add-ons will most probably be pointless, if you’re only allowed limited content.

Secondly, you’re generally not going to be allowed unlimited privacy to use the service. There are countries like Russia or Canada that are victims of online surveillance. You’re not even safe from your ISP, who’s probably tabbing into everything you do.

But don’t worry! Not all is in vain! The way to use Stremio on Firestick, without any hindrances, is by using a VPN for it.

You can subscribe to a great provider like FastestVPN. To get the appyou can sideload it the same way you did for the Stremio APK. Once you download the VPN app, connect to the best server that’ll unblock multiple services on Stremio, and at the same time provide you with ample privacy.

How to install Stremio on Android Box

Since you’re already a little familiar with that, having gone through the Stremio set up guide for Firestick, I’ll be covering a short guide on how to install Stremio on your Android Box. 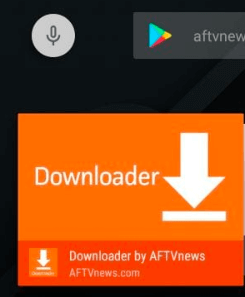 How to Install Add-ons on Stremio

Even though Stremio comes with a variety of content, it still won’t possess everything you can think of. For that reason, it allows the installation of add-ons to binge on all your favorite shows. The great distinction of adding multiple add-ons on Stremio, is that you’ll never run out of space. The storage is made online instead of locally.

However, as I’ve mentioned before, to ensure privacy and unblock certain add-ons, you’ll first have to be connected to a VPN.

Now since that’s out of the way, let’s get started with how to install an add-on on your Firestick and Android Box using the Stremio service. 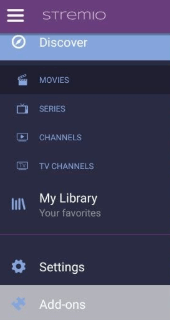 Firstly, to sign up for the Stremio service, you create your account by either signing in with your Facebook ID and passcode, or create a new account providing an email ID and password. According to me, choosing to create a new and fresh ID is way safer than linking up accounts and apps together through one ID.

Once the Stremio app is downloaded and installed on your Firestick and Android Box, you’ll be asked to log into your Stremio account.

When you’re signed in, you’ll be redirected to the main Stremio page, where you’ll find a lot of media content from various genres. To look up a particular movie or show, there’s a hamburger menu on the top left corner.

Click on it and scout through a huge variety of movies, channels, TV series and more. You’ll be able to filter the media content according to their rating, top-series, and by what year they were released.

You can even mark a particular movie or show as your favorite. You’ll find them in the “My Library” tab.

By following all these steps mentioned above, you should have access to Stremio, and install add-ons on it, in no time. Stremio is by far one of the best streaming services till date, opening up a path for unhinged binging. The best part about the service is that there’s no bandwidth limit along with no particular storage limit. This saves up a lot of time deleting and getting rid of old files.